Friday the 15th of August at approximately 9am G and I arrived at a local church, St. Matthews, who had organised a coach trip to Llandudno for the day.


I have fond memories of my mum taking my brother and I on a coach trip to Llandudno when we were younger.....it was raining but we still tried out the beach, a cafe for cups of tea and a Welsh Library. We were older than G is now so seeing everything written in Welsh was a novelty.
With the crazy weather we've been having this August I was worried it might be raining this time round as well but anything to get to the seaside!

Along side the fond memories, it was only £5 a seat (return) so I couldn't say no! I invited my brother a long too.
We got there just gone 11am and luckily for us the rain had got itself out of the way during the journey and sunshine was heading our way.
We walked through the central shopping area towards the North shore, pebbles and sand and the pier. All this area is comercialised and was busy with regular boat trips, Punch and Judy shows, the land train service and the usual pier activities.


After spotting the mad hatter - one of the carved statues from Llandudno's Alice in Wonderland trail, we stopped on the beach as that was all I had really planned....being by the sea, the sun and the sand. However the tide soon started coming in and seeing the other activities available the plan changed. We got on one of land trains for a short trip over to the West shore.


The west shore was not comercialised and was more calm and quiet. There was a lovely play ground for the children which we took G in for a while. Great place for taking photo's of the Great Orme, however there was also a cable car ride for that nearer the north shore for the less faint hearted. We didn't have the time for that though and it's not something I'd take a 3 year old on. 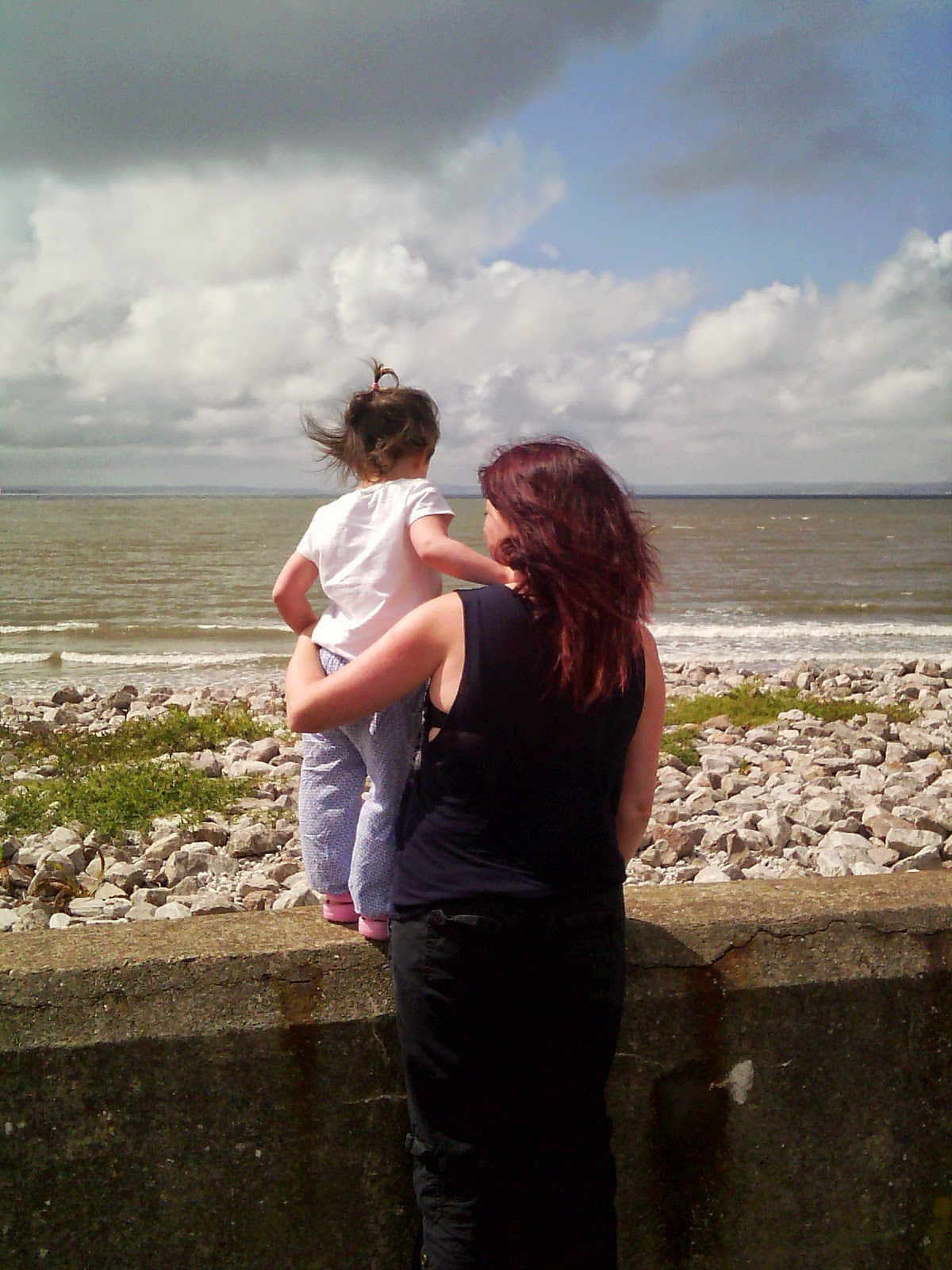 The beach on the west shore is lovely and we spent some time on there playing, a bit of quick sand castle making, shell finding and also making discoveries of jellyfish and a sharks tooth.


Due to the time limit we didn't spend half as long as we would have liked on the beach or get to stop for a proper lunch (afternoon tea would have been lovely - a few venues offer that) but instead jumped off the land train back at the North shore, grabbed some chips and headed back for a boat ride on the sea jay before having the be back at the coach depot.

There were a few different boat trips going out regularly from mid day. The Sea Jay was £4 per person and G was free. It's listed as a half an hour trip but it's about 20 minutes. There were speed boat options too for the more daring but this was choppy enough for my liking. This was G's first boat trip, much like mine and my brothers first boat trip in Tenby, Wales at similar ages. G wasn't too fond of the wobbly sensation when sat on the boat waiting for it to leave but was ok once we'd set off and once sat on my knee. A fun short trip. 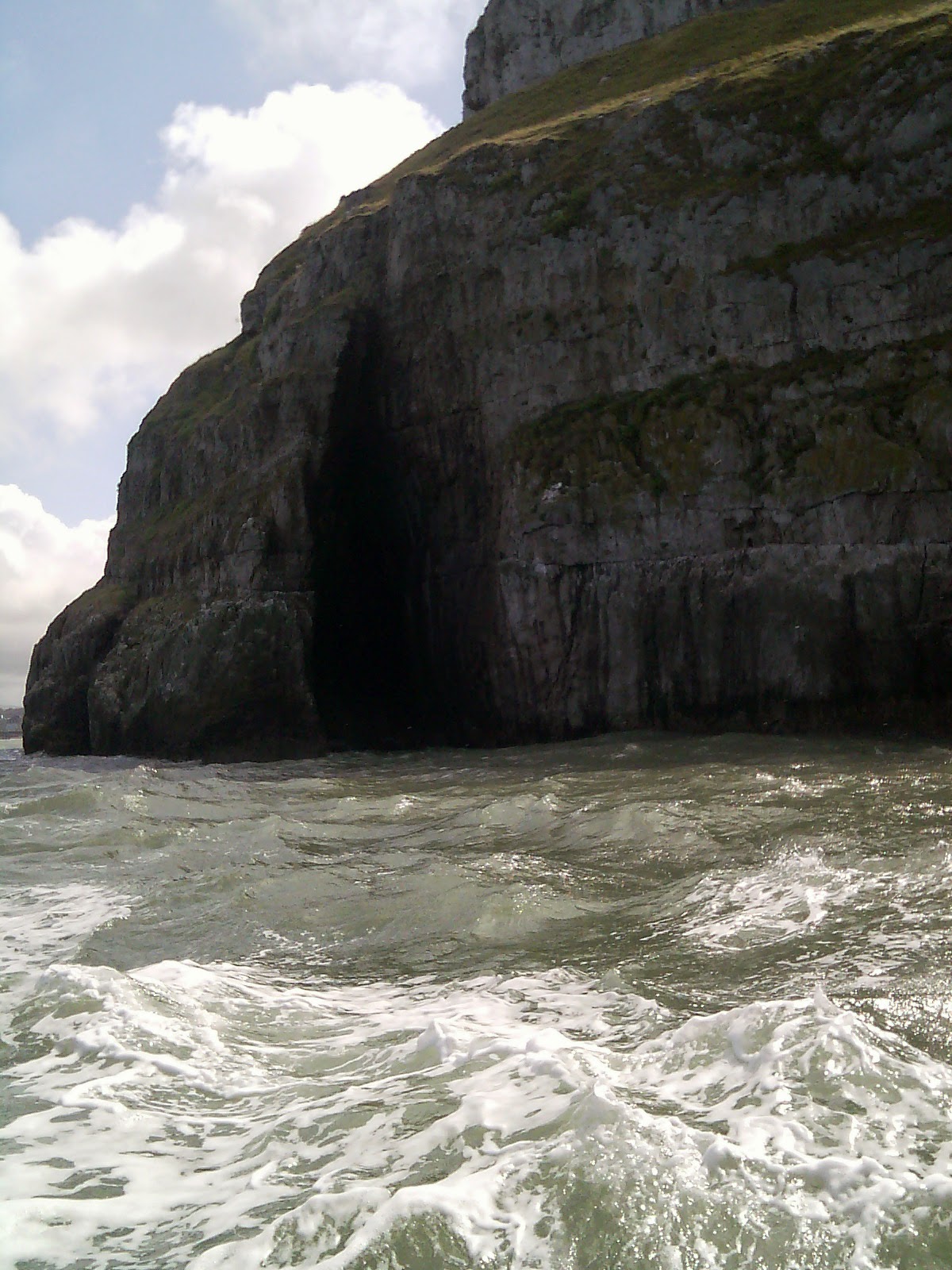 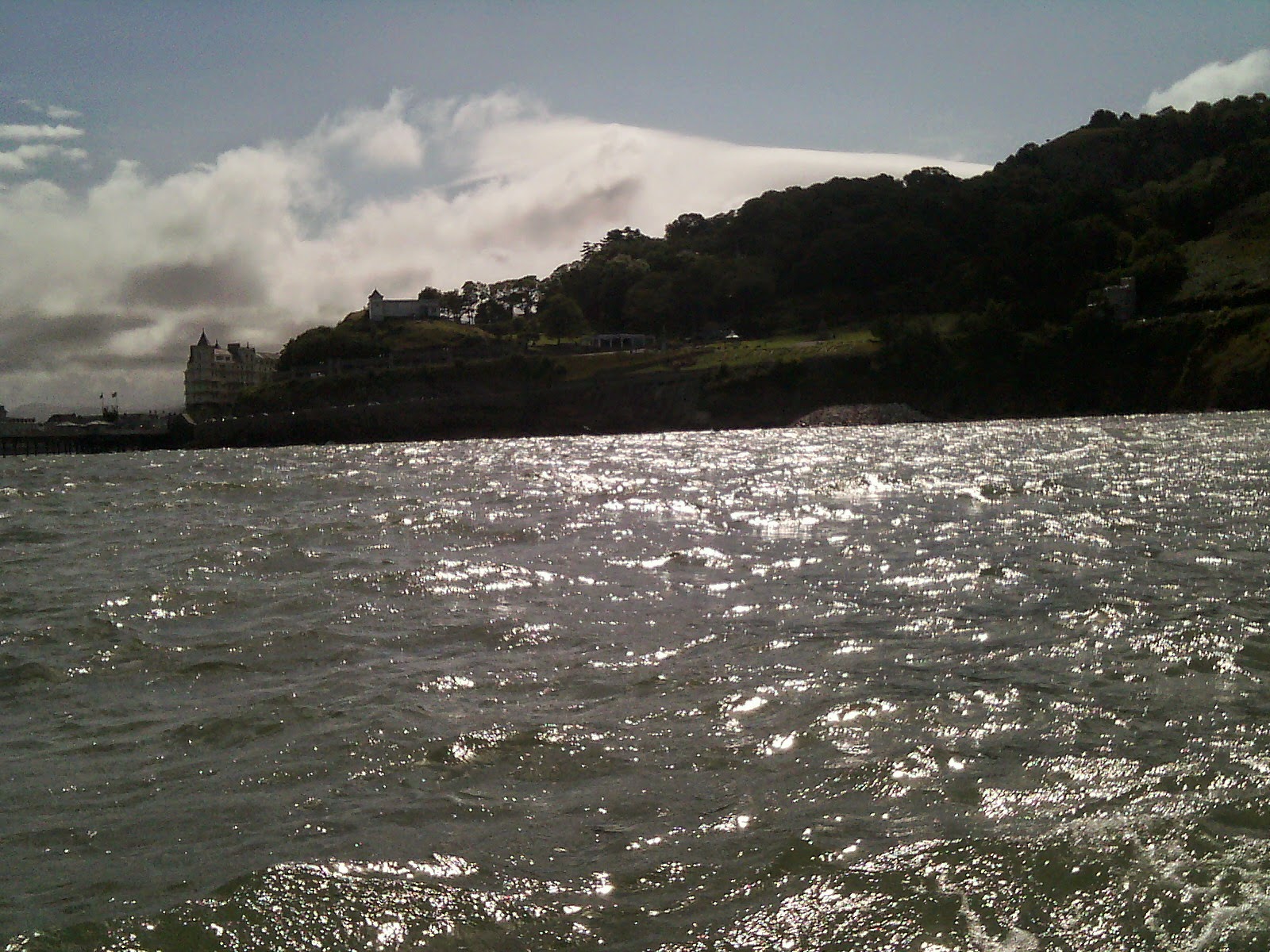 After that it was a quick rush to an ice cream shop and back to the coach. Would be lovely to have a longer trip there again on another sunny day, but for the price and someone else organising the coach you can't complain. Generally a lovely day. Thank you to the lovely lady at St. Matthews who organised it.