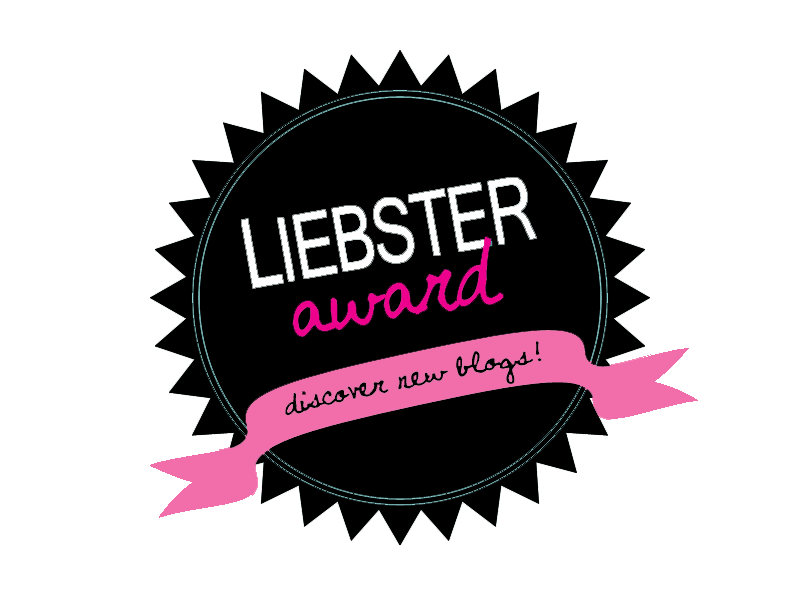 Last week I was nominated by Helen from Thinkfitfoodfamily for the Leibster Award. I've linked to a post of hers so please take a look and have a read of the rest of her site too.
I agree with her points in this post that state of mind really affects your habits. I'd love to try out hypnosis myself if I had the money.

The Leibster awards is aimed at new and small blogs with a small following with a hope of boosting your exposure I think!

Here are the rules for the Liebster Award:

So 11 facts about myself. I'm going to keep them light hearted:

My answers to Helen's Questions:

1. What was your first pet?  Officially a guinea pig called Sparky and a Rabbit called Holly. They were brought together. Unofficially a tiny fish caught from a pond at Bramhall Park that we named after a tree hugging protester that had been in the news at the time - Swampy. It didn't last long. I think either a cat or a bird got him :/ The fish that is. Not the man.


2. Where did you go on your favourite holiday? I've not been on loads due to lack of money but I'm very grateful for all the ones I have been on. I loved the two times I went abroad once to Paris and once to Cap Salut in Spain. Europe is lovely and so relaxed as well. I'd love a holiday home in Spain. However I think probably one of our family holidays in a caravan down in Paignton would probably have been the best. Devon is my home away from home.

3. As a child, what did you want to be when you were older? So many things a vet, a journalist, a dancer..... most my mother tried to put me off one way or another :( If I hadn't become un well I imagine I would have gone into a professional fundraising role or teaching rather than my current direction.

4. What’s your favourite sport/ exercise? I enjoy aerobics and circuit training. I did used to enjoy running besides being self conscious. Same goes for swimming if I wasn't so self conscious I'd go a lot more.

5. What was the last good book you read? I'm still reading another great title by Jodi Picoult. Nineteen Minutes. I find it hard to find the time after becoming a single mum but I do love to read.

6. Tell us your celebrity crush. Adam Levine and Ian Sommerhalder.

7. What’s your favourite thing in your make-up box right now? I haven't worn much make up at all the past couple of years but I always rely on a black kohl eye pencil and a black mascara.

8. Which of your posts have you most enjoyed writing? I've no idea actually! Topic wise probably my Autumn post. My Llandudno post is a contender as I had lots of good photo's for it and I enjoy doing review like posts. I think my favourites are yet to come to be honest as I'm only just coming out of my shell writing wise and I have nineteen posts in my draft section after this is published!

9. What is one thing you would definitely put on a bucket list? If he was still alive ...going to see MJ on tour! I would say travelling - vague but that's my answer. Or at least going abroad with my lg. It may be something many people manage every year but it will be a while before I'm in the position to be able to afford it.

10. What’s the first thing you’d do if you won the lottery? Cry ....tears of happiness and relief! I'd need to start playing first! It being £2 now has really put me off!

11. What have you had for dinner today? Very boring pasta and sauce with grated cheese. My little girl has been very unwell the past few days and I've had no sleep. I'm not overly well and I'm giving out 8 doses of antibiotics a day at the moment. (The guinea pigs are on them too!)

My Questions for those nominated:


I nominate the following people: