So just in case Father Christmas is keeping up with the times I thought I'd publish G's list on the internet.

I'm pretty sure a huge amount of girls are asking for Frozen merchandise for the majority of their Christmas list, but a stand out important item G seems to be asking for is a long black felt tip pen.


That is funny enough on it's own besides the fact she owns a million of the evil house ruining creations that are felt tip pens. People, very generous people at that, have brought her a large amount of colouring books and felt tips over the past year or two and she really needs no more for now and probably ever again.


She's also asked for a purple version of this tacky plastic supposed frog thing on a spring (kind of thing that comes out of a cracker that parents hate and young children love, see this post by brummymummyof2 for further examples) that her dad gave her a while back. I told her 'I don't know where they come from' and 'I don't think they have the in the shops'.


G tells me 'Father Christmas will be able to get it, don't worry mummy'.


That's not the only important job/problem mummy Mr Christmas will be having this year. G wants probably the most in demand Christmas present of the year.

1. checking the price and
2. seeing that it was out of stock everywhere as it's this years Buzz Lightyear of Christmas toys.


I am having frightening visions of having somehow grabbed hold of one in the shop (not sure where the money will have come from) and then someone trying to grab it out my hands. Fighting over a doll as a grown woman.
I'm sure it won't come to that. I am thinking possibly G's very kind nana and grandad may be taking that problem out of my hands.


So here is G's list, typed up as I don't have a scanner and I wrote the original anyway (in crayon though) as unsurprisingly at 3 she can't write full on letters yet. A page scrawled full of o's, e's and scribble is more her thing.


I'd really like 'some toys' for Christmas 'and toys for your children too'.


We put G's list in an envelope and sent it off to the man himself*....


I've seen that lots of companies now who have set up their own personalised letter from Santa service at a price. It's a lovely idea but for those of you who'd rather not pay for the man in red to respond, if you send your child's Christmas list to the address pictured below.... 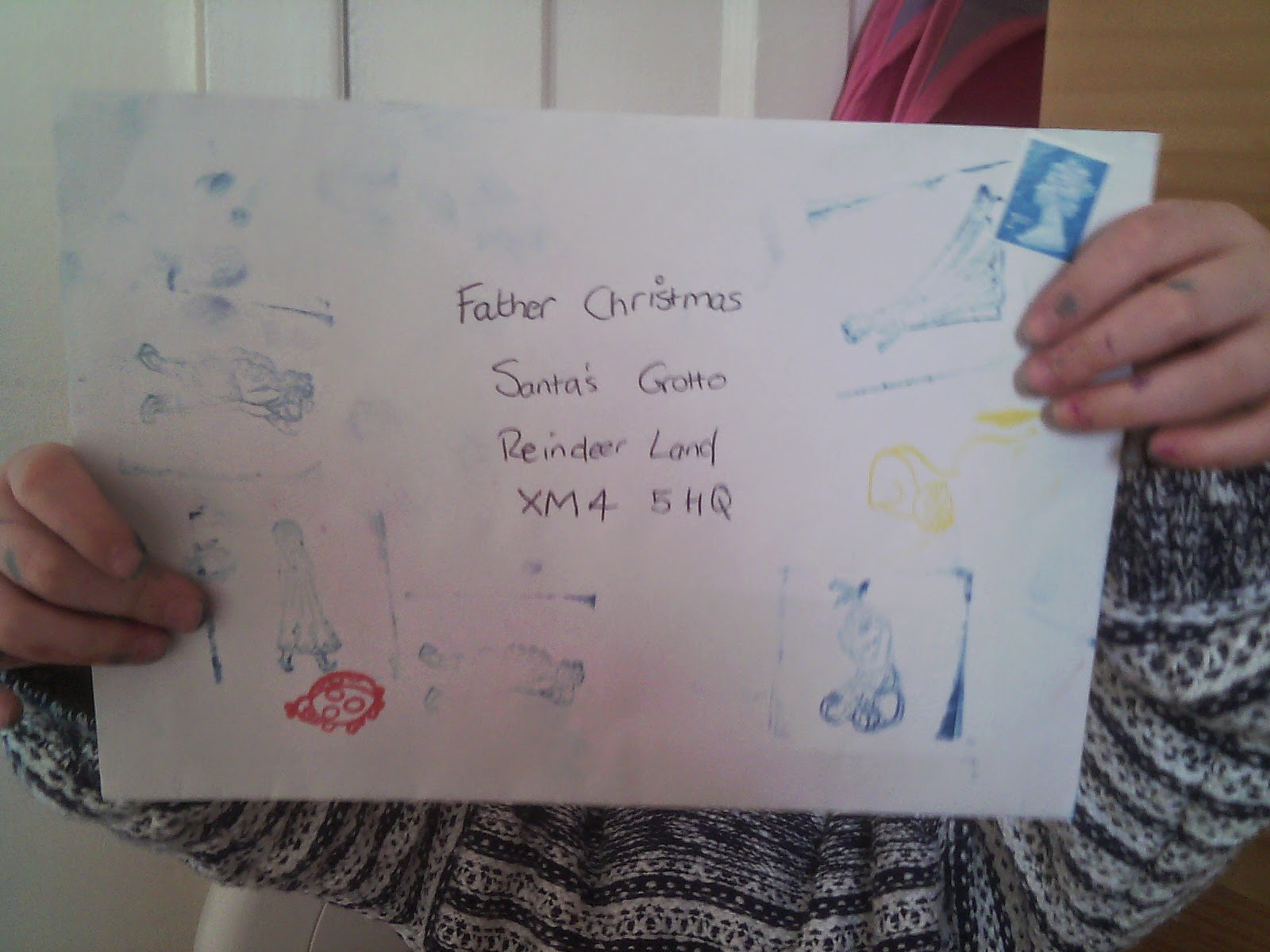 ....with your address details inside obviously, by December the 6th, Royal Mail Father Christmas will send your child a letter back for free.** 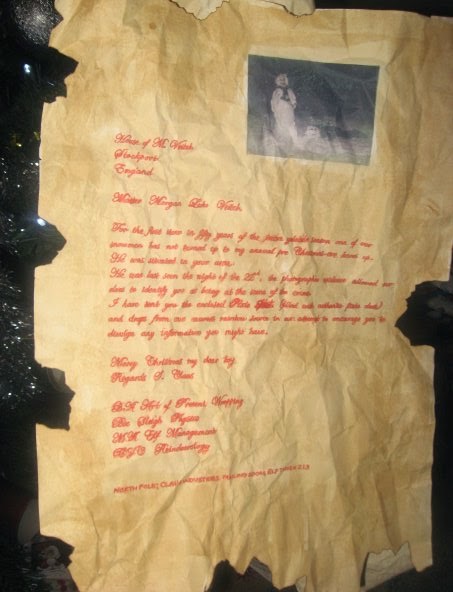 ....that wouldn't even cost you a stamp, unless you go the extra mile to post it to your own house for your child to see it come through the letterbox.....

I didn't opt for that. It can arrive by magic just like Santa himself.

What have your children asked for this Christmas? Anything out of the ordinary?