My house before children..... 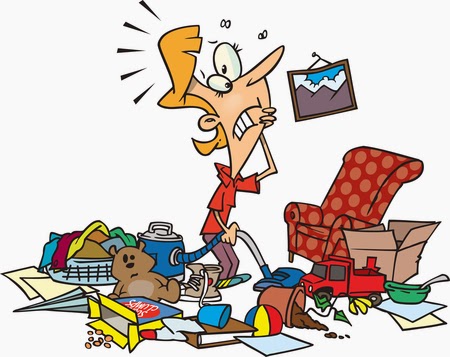 When you have a child your whole world is turned upside down. Everything changes.

Many changes are welcome, some you have to adapt to and some frankly you just want to change back.

There are things I miss about my life before entering the world of motherhood. A clean and tidy flat/house is one of them!

Before I had somewhere to put everything.
Now toys seem to be spilling out of every room , we only have cheap storage so it doesn't hide them away.

If I won the lottery (I guess it would help if I played it in the first place) a playroom would be great! It would be a lovely playroom, a wonderful exciting place for G and I'd get some control back over the rest of the house. Happy child, happy mummy.

Ok I should be fair, not all the problems with my house are down to my child! Yes before I could arrange things nicely and had a lot less house work but In fact the battle for a clean, tidy house began when I moved in with her father.
Then a lot happened and the house that my daughter and I now live in has a long list of problems!
Lack of storage is one and that's not just down to a little person who's needs are continuously changing.
That on it's own of course is something to deal with - from Moses baskets, playmats and bouncers to bigger clothes, space taking toys to rival even baby activity stations (a trampoline) and even first pets. But along side that we have no laundry cupboard, no bathroom cabinet, I have no chest of drawers, our shoe cupboard gets damp & mouldy in bad weather and so on.

A good chest of drawers in my bedroom would totally transform the room as would proper toy storage in the lounge. Clutter is something that really gets to me, some days it makes me crazy! I am sure proper storage would help with that. I have a small glimmer of hope in that I may be getting a small proper storage unit from Ikea for Christmas. Having at least one room in the house (ok besides my bedroom) that's not dominated by toys/toddler items is becoming a real possibility.
I am obviously happy to have signs of my little girl everywhere, I'd be distressed if not, but I'd also like some signs that I live here too.


Before it wasn't a huge battle to keep it clean and tidy.
Now as I'm getting one thing tidied/cleaned or organised it seems like G is making another mess or undoing something I've done.

Now this is something most, if not all parents of young children have to deal with at one point or another.
It is untrue the volume of mess one tiny human being can make in such a short time. However, toys wise - there would be no point having them if they weren't being played with!

G will usually help tidy up now when asked and also cleanliness wise she's better than she was about a year ago. She'd always wipe her hands all over the carpets, walls, furniture.... such a battle against her smearing muck (not actual muck I am lucky I missed that joy of parenthood some poor people face) or toothpaste everywhere! Now it's usually just wiped on her clothes. Easier to manage!


Before I didn't need to worry about redecorating....
Now there are scribbles, marks, hand prints on the walls, furniture....


...along with the mold in this damn house I try cleaning these marks off too. However if they are on the walls the paint wipes straight off too! Cue awful looking walls either way. I have to say when I was younger I also never imagined that now I'd be scrubbing wee out of a carpet on a daily basis. I hired a rug doctor a few months ago when I had a very small loan out and I felt so much happier after cleaning the carpets! I'm one of those who would love a steam cleaner as a present - welcome to the boring world of being a grown up. That doesn't mean I wouldn't love a huge bottle of baileys or a mad night out still (I imagine I would anyway but I'd probably be asleep a couple of hours in).

Before my house was empty*
Now my house is a home.


As I said many of the issues I have aren't down to having a child but extreme difficulties I've had in the past few years meaning that I currently struggle a lot financially.
On dealing with the mess making machines that are children - It may be a massive challenge, some might say soul destroying, trying to keep the house clean & tidy but knowing the reason why, I wouldn't change it for the world.

Except if I won the lottery.

Then I'd get a maid.