TV from my childhood

This is such an old person thing to say (I've been saying it since I turned 20) but children's tv was so much better when I was little. This is a post I've brought over from my old blog. I was 24 at the time I wrote it and the things I would witness my nephew watching were often just american trash or something made with no imagination.
There were so many classics when we were younger, some which I wanted to show to G one day and thanks to youtube, a lovely friend (who brought her a copy of Stop it and Tidy up on dvd) and a second hand buying site for local mums (where i picked up 3 episode dvds of Rosie and Jim and Charlie Chalk) she has seen some already.
Tv obviously isn't important in the grand scheme of things (we didn't actually have one for several years when we were children) but it's nice to share things from my childhood with her whatever form they come in.

As you could have guessed I was quite excited to find out about the Here's What I Made Earlier exhibition at the Lowry. Hopefully we will make it there this weekend, I'll be looking out for Ed the duck!

Here are some of my favourite shows from when I was little:


I know everything is more exciting when you're a child, but there was something magical about this programme and Rugby the Tiger and his catchphrase always used to make me and my little brother laugh.

Another programme about Toys coming to life, done by the Australians. I still remember the gurgling swishing noise as the grumpy hot water bottle moved about. 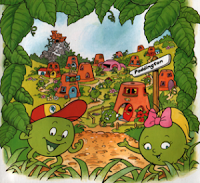 Everyone knows this one right? Atleast the theme tune, "Down at the bottom of the Garden, among the birds and the bee's ...." Sing Along!
My ex partners friends father (yes I know I'm reaching a bit) wrote the theme tune and made quite a bit of money from it. 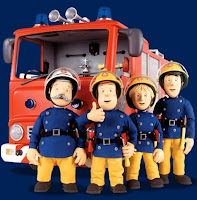 It wasn't just the theme tunes and imagination behind these programs that were better, but the messages too. Instead of programs about two rich twins who live in a hotel or a girl who runs an internet show, it had friendly neighbourhood service men like Sam and fellow animation Postman Pat. I love the plasticine animation of these two shows. They have updated both these shows to make them more 'modern'. This makes me sad as they have now lost their original charm and the new Fireman Sam theme tune is awful. 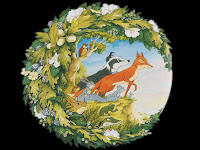 Now this was Epic, although maybe a bit too emotional for very young children. I remember it being quite upsetting at times, with even the title sequence music being dramatic. But I loved it, a brilliant animation they should still show now.

Perhaps the best opening sequence ever, already exciting before the show even starts and an epic theme tune again.
This is one of the first shows that come to mind when thinking back. 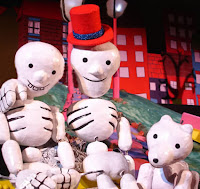 I used to have this as a ringtone on my old mobile, perhaps I am still a child inside!
Again charming and very memorable. 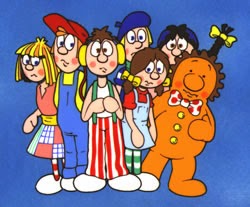 Now the writers of kids tv today and the children themselves could really learn a thing or two from this theme tune! Wonderful.

This was definitely my favourite. G now has this on DVD. We never had the luxury of a VHS player so we saw it on the TV. Such a sweet little theme tune. 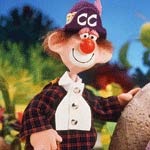 I love the way this was animated. Children's shows don't need to be all glossy and CGI. 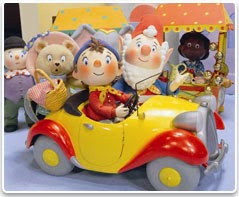 A lovely charming program. Another classic which has now been robbed of all it's charm and 'modernised'. It looks awful now.


Now I could go on a list quite a few more but I need some sleep so I'll leave you with the list I made on amazon a few years ago: Childhood classics and a little clip of this little man!